The 0′ Connell’s came from Catholic Gentry stock being typical of their class in the 18th century. Surveying the turmoil of the times, the 0′ Connell’s most notably, Daniel’s thrifty uncle Maurice( Hunting Cap),had made vast sums of money mainly from trading and smuggling. As Hunting Cap had no children, he adopted two of his brother Morgan’s children, Maurice and Daniel at an early age.

The sons of Catholic gentry were generally educated in the Catholic colleges of Europe. Many of them found careers in continental armies or in the church. One of Daniel’s uncles was a general in the French army. 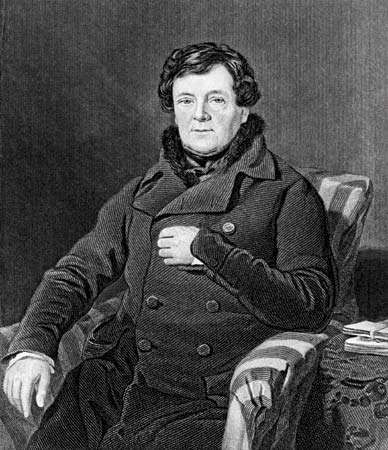 At the age of 16 Daniel and his brother Maurice were sent to Fr. Harrington’s school two miles from Cobh, Co. Cork and they stayed there for six months. On the advice of his brother Daniel in France, Hunting Cap sent the boys to be educated in France. Some of the European colleges were specially funded to provide English and Irish Catholics with the higher education which they were denied of in Ireland. The English college at St. Omar, a town in French Flanders was said to be the most suitable for his two nephews. Maurice and Daniel left Ireland at the end of 1790 and landed at Dover and from there travelled to Ostend. They entered St. Omar in January 1791 and studied Latin, Greek, French, English and Geography and during recreation hours had lessons in music, dancing, fencing and drawing. Daniel kept in touch with his uncle Maurice and was in awe of him. The boys were always short of money as their uncle only allowed them three pence a fortnight each pocket money. The college was very impressed with young Daniel’s ability and industry and a bright future was forecasted for him at an early stage. The President of St. Omar’s college in writing to Hunting Cap said ” that I never was so mistaken in my life as I shall be useless, Daniel is destined to make a remarkable figure in society”.

On August 20th 1792, after a stay of a year and seven months, the boys were transferred to the English college of Douay. They remained at the college for only five months. They saw the French revolution which was being fought at the time and the boys felt their lives were in constant danger. The college was turned into a military barracks. The 0′ Connells left Douay for Calais to return to Ireland on January 21st 1793, the very day the King of France, Louis XVI was publicly executed in Paris. The experience of the Revolution, left deep in Daniel’s mind, impressions which were never obliterated. 0′ Connell witnessed the fall of the ancient dynasty amid wild scenes of anarchy and bloodshed.

After some time in South Kerry, Daniel 0 Connell was admitted into the Society of Lincoln’s in London on January 30th 1794. While studying in London he found it very difficult to survive due to the expense of his lodgings and his college fees. However he enjoyed life in London and was a frequent visitor to Drury Lane Theatre and was often seen boating on the River Thames. Having spent the required number of terms at Lincoln’s Inn and a similar number of terms studying in Dublin, 0′ Connell was called to the bar in December 1798.